THIS IS RAPIDKILLA BIO Dancehall reggae DJ/artist, Rapid Killa (The girl dem climax director) was born in May Pen, Clarendon and migrated to the U.S at an early age. As early as six years old, he realized his love for music while observing the drum roles, the bass pedals, the cymbals, the crashers-all the combinations of a rhythm authenticated by the drummer during church services; he immediately took an interest in playing instruments. The preacher’s son realized his potential and taught him how to play the bass guitar, keyboard, and drum. He was then named Rapid Killa by Gramps of Bullet Proof Sound then dedicated his teen years to play instruments both in church and in high school and later became one of the most requested DJ in the state of New Jersey.

Rapid Killa states that he noticed that his talent was an inborn thing; he decided to use it accordingly to be a mentor to the potential artist in America who hope to accomplish their dreams of becoming established dancehall reggae DJ. Most of his mentors both came from both in Jamaica and also u.s.a. Including Bounty Killa, Vybz Kartel, Busy Signal, Movado, Rayvon and Shaggy, Tony Matterhorn, and Ricky Blaze who have gone mainstream in the reggae industry; Shaggy went diamond and caused him to realize that it was possible to live in abroad as a Jamaican and publish music and go global in dancehall reggae.

The people who taught Rapid Killa to play an instrument also taught him to play on turntables in his teens. Soon he was a dancehall DJ who played alongside sound systems such as Stone Love and Metro Media. He also played alongside selectors such as Steelie Bashment, the legendary Booka Jagga B of Afrique Sound from Brooklyn, New York, DJ Enough, Hip-Hop own’s Cypher Sound of hot 97/106 on Park-BET’s and Young Chow the number one Trinidadian DJ from Hot 97, Skerrit Bwoy, Joel T. Jamkam’s own and one of Brooklyn’s finest selector, Power 105’s DJ Nori, Hot 97’s Bobby Kondors and Jabba.

When Ricky Blaze was a DJ playing for Noah Power, Rapid played at parties in Prince Hall alongside those youths. With the influence of Dutty Friday’s own Gary Chucks, he began to authenticate his skills.

Rapid Attack yearly Birthday Bash, The most successful weekly parties known as No Drawz Wednesday held in Newark, New Jersey is accredited to Rapid Killa. His promotional DVD’s parties were quickly circulated throughout Japan, Jamaica, Brooklyn and the Southern Regions of America and created a buzz which was quite beneficial to his career. He also DJs in states such as Florida, North Carolina, Georgia, Philadelphia, Washington DC, Newyork, NewJersey. he also has an outstanding Love in the state of Virginia. but then he was begrudged by others in the industry. He then explored and ventured out into other musical aspects He knew he had in Himself and still is making sure he does that while still delivering his craft.

Rapid Killa currently produces phenomenal tracks and have been compared to the like of Assasin, Busy Signal, Bounty Killa and Vybz Kartel.

Rapid Killa has a reputation for singing about women. He relates that throughout high school he admired women about different race including Puerto Rican, Dominicans, Black Americans, Italians, and Portuguese. He realized that females had different mentalities; he says that in his songs he deliberates how much women’s natural beauty is heaven sent and a blessing to behold by men. He considered himself to be a man for the women loving him of his talented capabilities of a dancer when he was younger. He declares, “I use to lace and replace but found out that its time to find wifey while gaining some popularity and success in his music career.” Soon after realizing that most women weren’t as genuine as they professed he moved wisely but Rapid Killa could not deny his love for women and embraces his love for them. Rapids Quote, I must admit that when I DJ, I Love to DJ for the ladies, even bad or good ambitious attributes matched with nice personalities women he will play for them all.As we speak Rapid killa is currently in studio pursuing his recording career while djaying on a radio station called Roadblockradio 90.1fm the state of New Jersey While joining Worldhyperadio 100.1fm in New Jersey and 91.5 In Pennsylvania.And currently  is own web radio silentkillaradio.com. 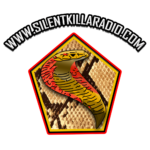